Steep in the sounds of shinobue and wadaiko, and then add piano to follow a unique transformation of sound as the music traverses through landscapes of the traditional and contemporary, East and West. These three master musicians will no doubt make the sounds of East-West Fusion a delightful surprise. 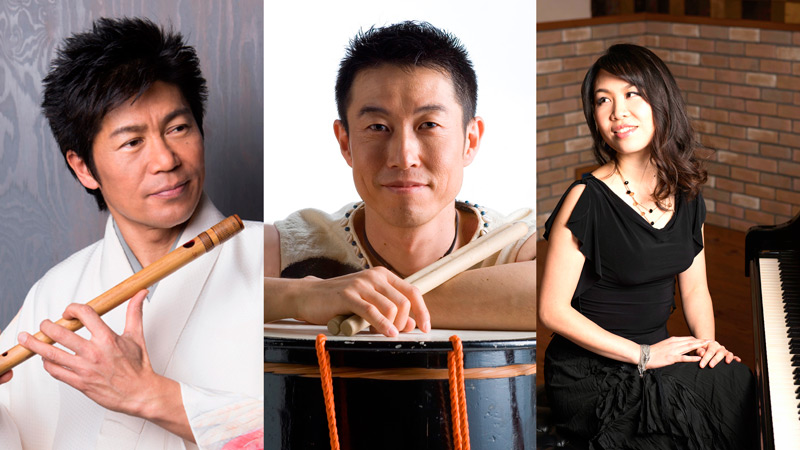 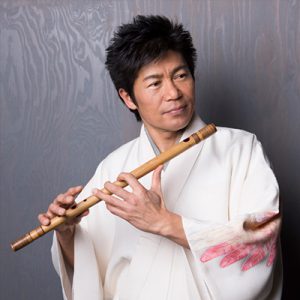 A shinobue player, Kano joined Kodo in 1987 and launched his solo artist career in 1997. He broadened the new world of shinobue while living on Sado Island and made his major debut in 2005 and has since released numerous CDs and published many song collections. He has performed over 2,000 concerts across 30 countries internationally, and has taught shinobue courses within Japan and overseas in order to reinvigorate the fue and festival culture. He has also produced music for film, TV and commercials, and has performed for the Emperor and Empress, as well as at the Milan World Expo. He has collaborated with many other artists, including a performance at the Tokyo Dome with karate world champion Rika Usami. http://www.yasukazu.com 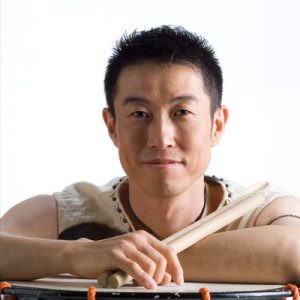 A wadaiko player, Kaneko became a central member of Kodo in 1987 as a composer and director. He launched his solo career in 2007 and has since performed and held art and dance sessions in 42 countries across six continents worldwide. He developed a method of drumming taiko that does not rely on muscular strength, and also designed new chappa cymbal instrument and found a new revolutionary way of playing them. His goal is “to live as if heaven is now” and his workshops have been hailed both nationally and internationally. He is also a sound healer who uses tuning forks to integrate ancient wisdom and cutting edge technique. Kodo Apprentice Centre instructor. http://ryu-beat.com

Pianist and compower, Miyamoto studied at the Berkeley School of Music and lived in the U.S. and U.K. for over 19 years, performing in approximately 30 countries. She was the winner of the Edman Piano Competition and her work as a recording artist has garnered Grammy nominations in two categories. She was named Atlanta Best Jazz for two years in a row, and placed fifth in the U.S. Billboards, among other honors. She made her debut in Japan with “On My Way.” She has produced TOKU and Kimiko Itoh, performed with Terumasa Hino, Keiko Lee, Chikuzen Sato, and Sarah Alainn among others, and has collaborated with WRainbow and Wa-Oto. She has also created music for film and TV. She is a lecturer at the Kunitachi Collage of Music. http://www.takana.net

* Children 3 and under may enjoy the performance on their caregiver’s lap.