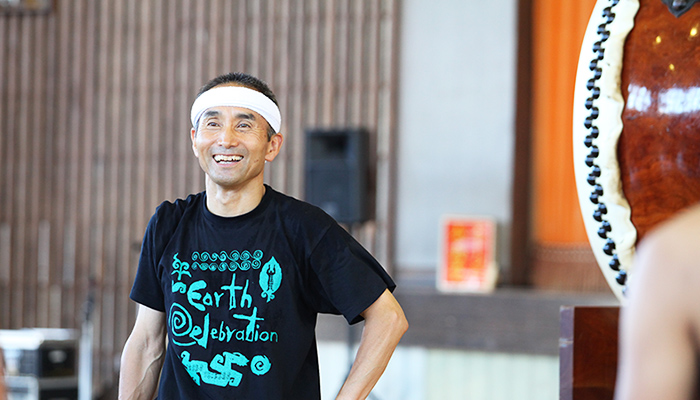 Sprinkled with demonstrations of his delightful drumming, dancing and singing, Yoshikazu talks about 40 years of life as a taiko drummer. Get ready for 90 minutes all about Yoshikazu!

Yoshikazu Fujimoto joined Sado no Kuni Ondeko-za in 1972, and was a founding member of Kodo in 1981. Since then, he has been the group’s featured O-daiko player and center-man for the “Yatai-bayashi” climax ever since. Yoshikazu is presently Kodo’s most senior performing member. In recent years he has played a large role in educating the Kodo apprentices, and is conducting more and more workshops for the general public. No one in Kodo lives up to the name “Children of the Drum” like Yoshikazu; he simply loves the taiko.

Notes:
This event is conducted in Japanese only. Interpretation will not be provided.

Get Involved, Join a Live Event!

To take part in a Live Event, please see the page below.